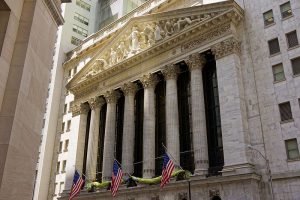 As the stock market plunged almost 10% on Monday August 24, following similar plunges in China and Europe, it is natural to ask whether one should be invested in the stock market at all. After all a 10% drop is significant, and the media makes sure that we know that.

the average equity fund investor made on average 5.19% a year

And it is not just the US stock market. We have heard rumblings since June now about economic malaise in China, including a similar drop of 8% in the Shanghai stock market on August 24 as well. We have fretted about Grexit, the potential Greek exit from the Eurozone. We have seen gas going down at the pump, and we cannot even feel good about that!

So then, is it time now to get out of the stock market? Or if you have cash on the sidelines, is it time to get in?

I know, it’s not very reassuring. Your adviser or financial planner has probably told you that you need to be invested for the long term. That requires us to be committed, and to be invested. (If we have needs that are not long term, say college tuition for the next term, that money should not be in the stock market).

When, then, should we get in or out? The fact is that no one, not even the smarty pants who run your mutual funds, are able to time the market with any reliability. That is one of the reasons why mutual funds are consistently invested; they don’t get in and out of the market based on short term fluctuations.

In a recent study, Dalbar found that from January 1995 to December 2014, the average equity fund investor made on average 5.19% a year, while the equity markets went up on average 9.85% annually. One of the key contributing factor to this huge disparity is that individual investors have a tendency to get out when the stock market is low, and to get in after it has recovered.

Yet, it is natural to be scared. If you feel scared about the financial markets, today may be a good time to call your Financial Planner. If you manage your own money, today may be the time to set an appointment with one!

A previous version of this article appeared in the Boston Globe on August 24, 2015